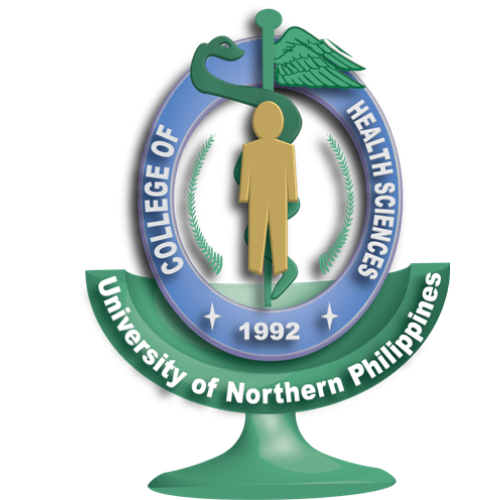 The College of Health Sciences (CHS) is an offshoot of the joint effort between the UNP administration and the Provincial Government of Ilocos Sur in lobbying efforts for the establishment of the College of Medicine which was designed to offer a Step Ladder Medical Curriculum. As such, a composite academic unit that would eventually usher in students in the Medicine Program had to be created. This started the rigorous authorization process that would permit CHS to fully operate and take advantage of the chance to manifest its relevance as a Higher Education Institution, not only in terms of local and national interests, but at global importance.

The desire for the establishment of a medical school in UNP initially took the extra mile when the proposal made by then Regent Antonio R. Lahoz gained the full support of the UNP Board of Regents. It was able to smoothly advance into the scrutiny of the Provincial Board of the Province of Ilocos Sur. On October 17, 1989, Sangguniang Panlalawigan Resolution No. 180, which sought for the establishment of the College of Medicine and the College of Law in the University of Northern Philippines, was unanimously approved. In August 1991, the UNP administration, led by then President Dr. Dorotea C. Filart, had to initially sit down with the key officials of the University of the Philippines, including the Dean of the College of Medicine, for a consultation meeting. A similar activity followed in the same year during the Multi-Sectoral Consultation Conference, wherein the Step Ladder Medical Program the University of the Philippines is offering in its campus in Palo, Leyte (UPSHS) has been recommended to serve as the curriculum model for the proposed Medical Program in UNP. Hence, the passage of Sangguniang Panlalawigan Resolution No. 164 (December, 1991), which endorsed the establishment of the Step Ladder Medical Curriculum in UNP, and the UNP Board Resolution No. 08 (January 21, 1992), which, in principle, approved of the establishment of the College of Health Sciences to offer the Step Ladder Curriculum of the Medical Course in UNP. As such, Sangguniang Panlalawigan Resolution No. 30 (March 03, 1992) was forwarded to the Office of then President Fidel V. Ramos, through the Secretary of the Department of Education, Culture and Sports. The resolution sought to obtain the approval of the President in favor of UNP to open and operate the College of Health Sciences.

On November 09, 1993, President Fidel V. Ramos eventually approved the establishment of the College of Health Sciences in UNP upon the recommendation of the DOH Secretary, Juan M. Flavier, and Secretary Armand Fabella of the DECS. The College was recognized by the DOH as one of its institution partners advocating Alternative Health Sciences Education Program from across the country. Such trust even grew stronger when the pioneer batch obtained a highly commendable performance in the May 1995 Midwifery Board Exam, garnering a passing rate of 87.6%, with two placing 3rd and 9th in the national ranking. This must have contributed to the dramatic increase in enrollment in the next years, bringing students from nearby provinces and as far as Cagayan. As the trend thrives, recognition for the College for a consistent high passing rate in the Midwifery Exam continued, while at the same time increasing the roster of National Board Topnotchers from 2013, 2014 and 2015.

Revisiting the purpose of the creation of the College of Health Sciences, necessary revisions in the program offerings had to be made. As such, the Multi-Tract Step Ladder Medical Program was adopted as mandated by Board Resolution No. 41, series of 1997. Instead of Basic Paramedics in Level I, successful students would graduate in Certificate in Health Aide, Associate in Health Science Education for Level II, Certificate in Midwifery for Level III, BS Nursing for Level IV and the Doctor of Medicine as the terminal program for Levels V-VIII. However, the Medicine Program, being classified as a postgraduate study, was better seen to operate as a single academic unit. Hence, the separation of the Medicine Program from the CHS happened in SY 2011-2012.

This necessitated CHS to restructure, once again, its curricular programs. As a result, completion of Level I leads to Certificate in Caregiving and Health Care Services, Certificate in Midwifery for Level II, and a Diploma in BS Nursing/ BS Community Health Management for Level IV. Despite these changes, enrollment in the College kept on increasing not until in 2014, when the CHED recommended the closure of the Nursing Program in the College, since the University has long been offering the Nursing Traditional Program under the College of Nursing. Sudden plunge in the enrollment turned out the biggest setback of the decision upon the College. It put to test the resiliency of the College.

Hurdling the challenge, the Special Program in Bachelor of Science in Community Health Management ushered in hundreds of International Students (SY 2015-2016, 2016-2017, 2017-2018), the BS Midwifery Program (introduced in 2014) continues to attract students from around the region and consistently obtains a laudable performance in the Midwifery Board with a number of its passers landing in top placements in the regional ranking (2017, 2018 and 2019) and the Bachelor in Medical Laboratory Science remains among the most popular programs in the University which continues to produce globally competitive health professionals.

To keep the College from advancing, submission for accreditation of its program offerings to the AACCUP is indispensable. This has earned a Level II Accreditation Status for the three curricular programs (BS Midwifery Program, Bachelor in Medical Laboratory Science Program – now Bachelor of Science in Medical Laboratory Science, and the BSCHM Program) by the AACUP. It as well helped in upgrading the faculty profile of the College, while obtaining a Certificate of Program Compliance for the BMLS and the BS Midwifery Programs at the same time. As per recommendation of the Technical Panel of the CHED’s OPSD, the BSCHM Program is under the process of scrutiny for its conversion into Bachelor of Science in Emergency Health Services.

With the historic decisions made and the humble accomplishments obtained from past administration to present, the College of Health Sciences stays relentless in its quest of reaching greater heights in the service of humanity. Humbled by its achievements, it remains cohesive in upholding its goals and objectives, guided by its core values, in keeping pace with the UNP vision-mission. The indelible mark of an effective leadership and a participative community seems to perpetuate the dynamic working environment that secures the College in its spot in terms of significance as a learning institution, not only in Northern Luzon, but in the global community.