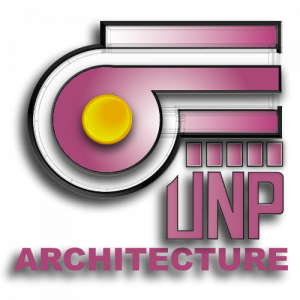 Please address all communications to:

Proudly located in the Heritage City of Vigan, the College of Architecture is an architectural institution committed to provide Architectural education responsive to evolving local and global demands for architects and design professionals. It provides students with comprehensive knowledge, skills and values in Architecture, with emphasis on the conservation and promotion of Filipino architectural heritage within a global context. It foregrounds the development of students’ competence and proficiency in architectural practice as provided for in Republic Act No. 9266 and its implementing rules and regulations and within the framework of democratic ideals and values.

Ar. Fatima Nicetas A. Rabang-Alonzo was designated new Director of the Institute of Architecture on July 1, 1999.  In School Year 1999-2000, the Institute implemented a revised five-year Architecture curriculum of the Ladder-type concept that granted a Certificate in Building Technology (CBT) in third year, Certificate in Architectural Interiors (CAI) in fourth year, and the degree of BS Architecture upon program completion.  The two-year AAD, later replaced by the three-year CBT, was abolished.

On July 1, 2006, the Institute was converted into a College of Architecture with Ar. Alonzo as the first Dean. In School Year 2007-2008, the College implemented anew another five-year Ladder-type curriculum in compliance with Commission on Higher Education (CHED) Memorandum Order No. 61, s. 2006, granting a Certificate in Drafting Technology (CDT) in the second year, Certificate in Building Technology and Utilities (CBTU) in the fourth year, first semester; Certificate in Computer-Aided Drafting and Design (CCADD) in fourth year, second semester; and the degree of BS Architecture upon program completion. The College also offered in the same school year the terminal programs of the one-year Certificate in Landscape Gardening (CLG) and two-year Certificate in Landscape Design (CLD); however, these certificate programs were put to freeze in School Year 2013-2014 due to small number of enrollees.

In response to the country’s shift to the K to 12 curriculum, the College started the implementation of the newest five-year Ladder-type Architecture curriculum in School Year 2018-2019 designed to cater to new Senior High School graduates as provided for in CHED Memorandum Order No. 61, s. 2017 that grants a Certificate in Drafting Technology (CDT) in second year, Certificate in Computer-Aided Drafting and Design (CCADD) in third year, Certificate in Building Technology and Utilities (CBTU) in fourth year, and the degree of BS Architecture upon program completion.

Armed with the brand of education and training from the College of Architecture and coupled with innate traits of patience and diligence, our architects and design professionals strive to attain desirable niches in various fields of architectural practice and related design practices both in private and government sectors in the country and abroad.

Goal
The College is designed to deliver quality education and training of future architects to become environment and culture-sensitive, socially responsive, morally strong and proudly competitive in the world trade of professional technical services.

Objectives
The College of Architecture aims to become a distinguished institution in:
1.Instruction in the art and science of designing and constructing the built environment, and conserving and managing heritage structures and their sites;
2.Research actions on the built environment, technology, materials and heritage conservation and management;
3.Extension and Community Engagement programs along building technology, arts and heritage conservation and environmental management