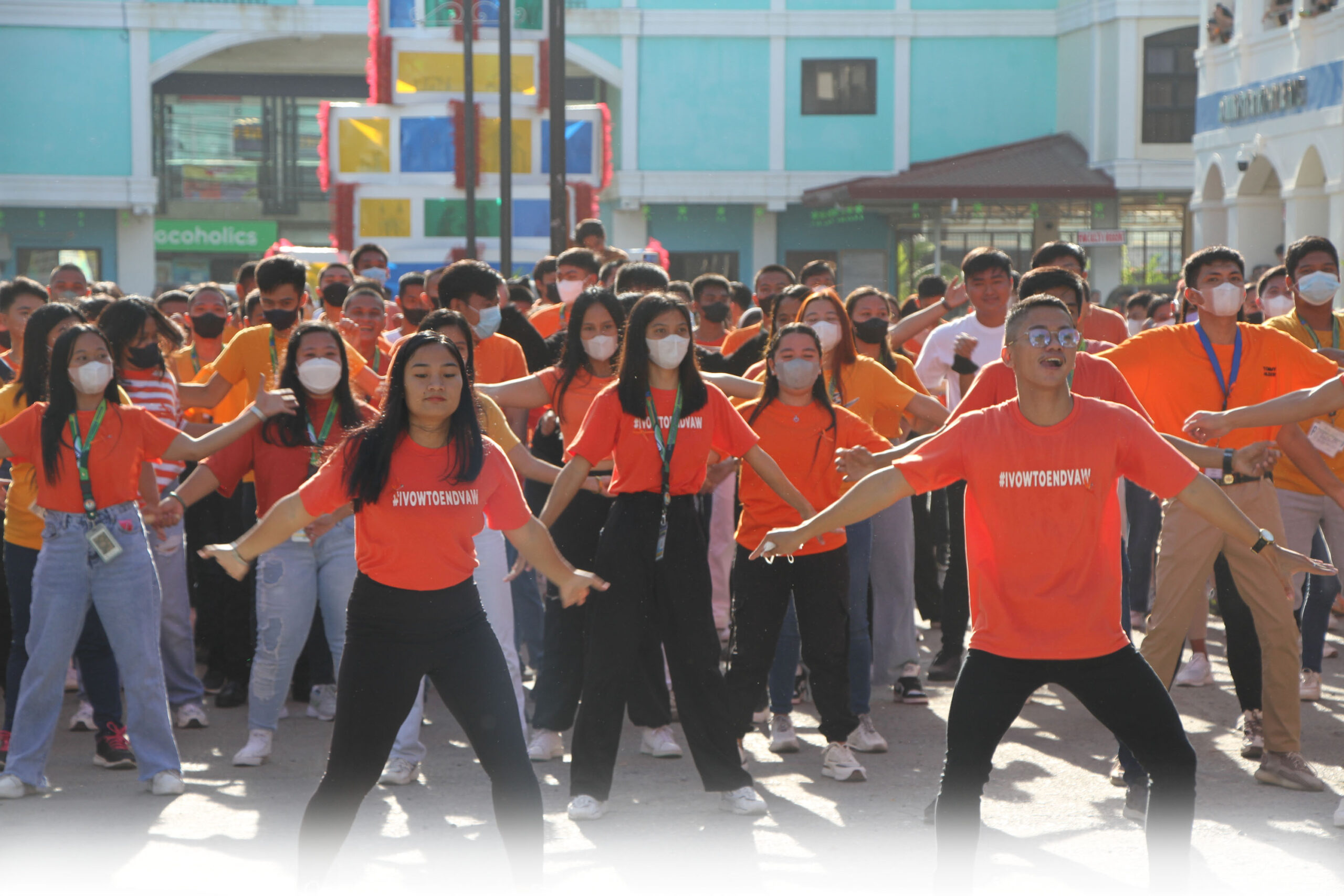 In solidarity with the 18-Day Campaign to End Violence Against Women, orange color flooded UNP grounds through a wear-orange-shirts cause for three weeks and a flashmob on 5 December 2022.

All personnel and students of the University were encouraged to wear orange shirts for every Monday of the campaign period.

Every year, the Philippines observes the 18-day campaign as an advocacy against one of the long-standing societal issues in the country, which is violence against women (VAW).

The Center for Gender and Development (CGAD) of the University spearheaded the program. Meanwhile, the Politically Inclined Students (POLIS) organization of the BA Political Science program organized the flashmob in cooperation with other first-year students.

The campaign supports the Philippine government’s goal of protecting the human rights of women and their children by upholding its commitment to address all forms of gender-based violence.

The organizers also created a video prayer, which is streamed on the LED wall at the flagpole throughout the 18-day campaign. The prayer encourages and strengthens the faith of VAWC victims to speak up and have the courage to stop the cycle of violence.

The initiative also provides opportunities for advocates to explain and declare their support for the Anti-VAW advocacy through the hashtags #VAWfreePH and #IVowToEndVAW. It serves as a springboard for public discourse and for disseminating the message of zero tolerance for VAW.

OVPAA conducts a Training-Workshop on Book Writing and Publishable IMs